GET UPDATES IN YOUR INBOX!

Leave us your email to receive new entries, tips, and specially offers only for you! . Don´t miss any update!

Looking back, I can honestly say I’ve been dealing with anxiety from a pretty young age.  I remember the gut wrenching feeling of having to make a phone call, having to go to school, or whatever was putting me out of my comfort zone at the time.  Back then, no one really knew what anxiety was and no one would have believed a child that age could have had it.

By 15 I truly experienced depression.  I was so caught up in watching my family fall apart, I lost myself along with it.  My parents split when I was 13 and by all accounts, I thought we were the “All American Family.”  Loving parents that were high school sweethearts, one boy, one girl, a happy home. Until, we weren’t anymore.  Until the “other woman” came into the picture, until the split weekends, until the divorce was final. Until our worlds flipped.  At 14 I experienced one of my biggest losses to date. My best friend took his own life. Living through that, that’s something I never thought I’d be able to do.

When I was 16 I had my first stint in a mental institution.  At the time, I knew I didn’t care much about life. I felt as though, if I died… it probably wouldn’t matter much.  Sure it would in the beginning. Classmates would mourn, my parents would have to bury their youngest, but everyone would move on, wouldn’t they?  As I entered the psych ward for the first time I was surrounded by so much love. There were at least 10-15 people in the waiting room as we checked in.  But still, I couldn’t see the good. I did it though, I caught myself before it was too late. I didn’t do what Kyle had done. Until I did.

Less than a year later, I decided I was done.  That no part of me wanted to continue feeling the way I did.  I didn’t want the burden of life. So, I made a plan and this time I stuck to it.  I made sure I gave my mom the day I thought she needed. We went to church, I kept my teenage drama in check.  I never wanted her last memories to have any negative connotation. I wanted her to know how loved she was because there was nothing she could have done differently.  I come from a good family, I have great parents, I was always on honor roll, I was the cheerleader with the quarterback boyfriend. I say this so you can see that you don’t always know what someone is going through.  Just because their outward appearance seems good, or like their life together, you don’t know.

I remember the sheer panic in her voice that morning.  I had left myself for my mother to find. When she woke me up – I felt annoyed.  Annoyed that she wouldn’t let me sleep because I had been up all night vomiting. Annoyed that it didn’t work.  Annoyed that I was now having to live in the aftermath that I was trying to avoid.

I spent the next 72 hours in the psych ward and thankfully, that was my last visit.  I don’t know that 72 hours really helps. I think it’s a good shock to your system. What helps is having the people you love, tell you how they felt as they were going through this.  Because I think that’s one of the biggest things we don’t see while we’re in the depths of it… but it affects so many people. Friends, family, teachers, co-workers.

I haven’t felt true depression since those days.  For that, I’m forever thankful. But I’ve had my own battles with anxiety recently.  It’s all consuming. It’s physically painful at times. I wasn’t functioning. I wasn’t a good wife or mother.  I wasn’t a good friend or family member. I was selfish because that’s what I had to be to survive. Then, I woke up one day and realized I couldn’t spend the rest of my life, or my children’s life like this.  So, I went to war with myself. I found my doctor. I found my trainer. I found my tribe again, the ones that stand by me and remind me what I do have to offer this world.

I’m a constant work in progress, but hey, aren’t we all? 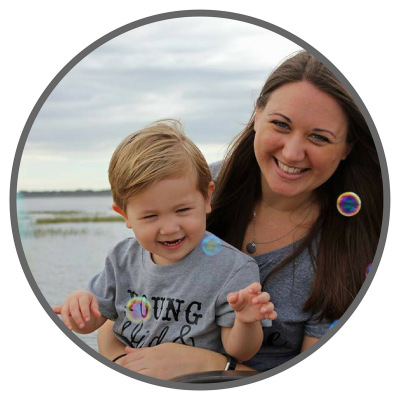 Thanks for stopping in! My name is Tiffany, and I’ve been an animal trainer, acrobat, performer, world traveler, MBA graduate, career women, but the best of all is now a MOM! I never thought I wanted this life, but boy oh boy was I wrong. Dylan is hands down the best thing I have ever done. (Ok, I can’t take all the credit, his dad Robby is pretty great too).
This is a place for me to be design, meet new people, and most importantly document this amazing journey!

STAY IN THE LOOP

Leave us your email to be the first to know about new products, blog posts, and special promos!

This error message is only visible to WordPress admins

Subscribe here to receive email notifications on new post, interesting tips, and inspirations so you won't miss any update!

Coffee, Kids, & Cocktails has partnered with some great companies to bring you awesome content! There are times where we receive a small commission or are compensated for writing, sharing or link clicks on posts. We would never share anything that we would not use ourselves, and all thoughts and opinions are our own. Anytime affiliate links are used or content is sponsored, it will be clearly noted in the post.

Feel free to send a message if you have any comment: