It’s the first Friday of November, and my first Friday Favorites – Halloween edition. This week was filled with so much fun! Unfortunately, the little one was sick last weekend, so we missed the family Halloween party, but we were able to visit our local Church’s pumpkin patch and paint pumpkins with just 2 days until Halloween.Nothing like putting it off until the last minute, but hey – it was great! Dylan was so excited to pick out pumpkins and was even willing to take pictures – as long as he could wear his t-rex shirt and bring Butch the t-rex of course. 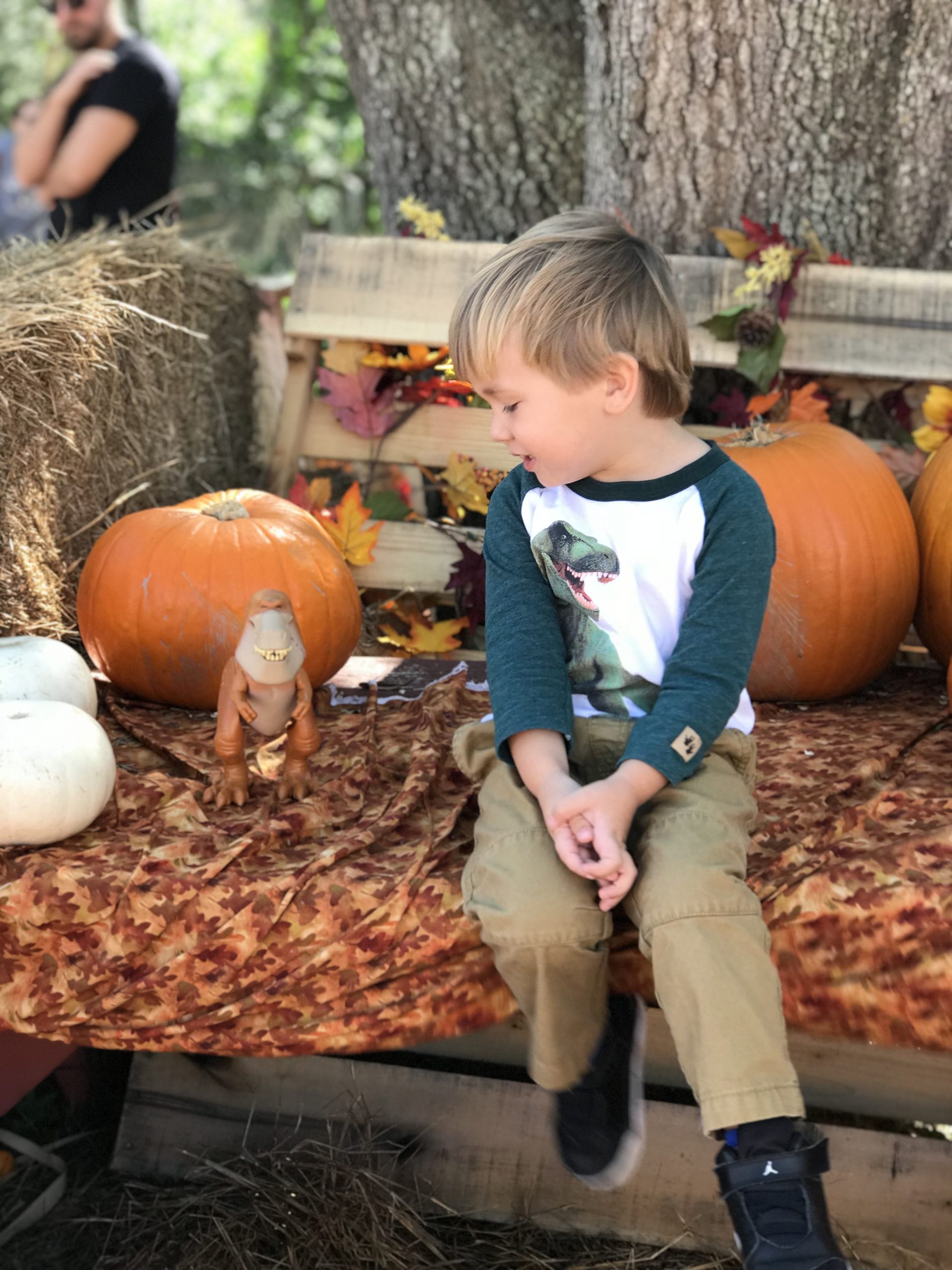 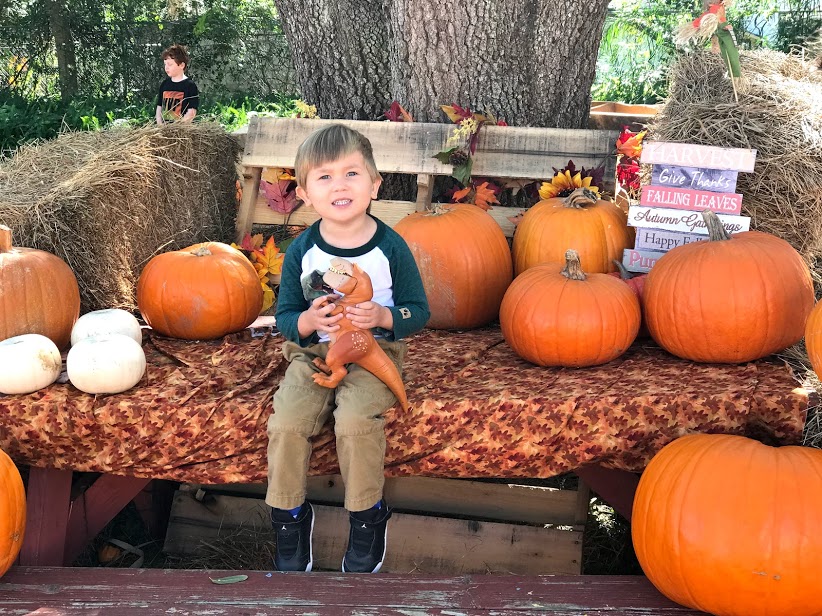 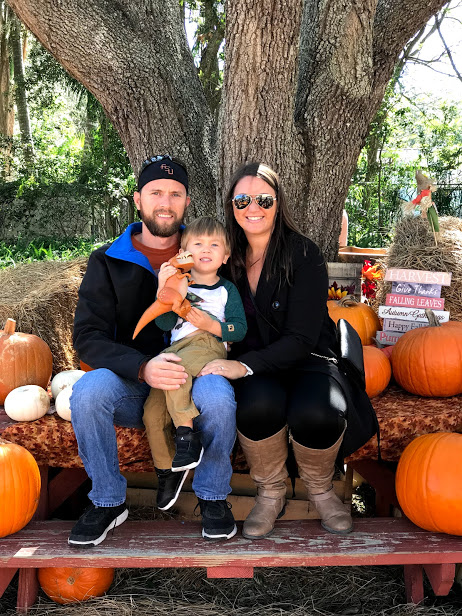 Orlando Date Night Guide had their 10th anniversary party Sunday Night at Reyes Mezcaleria and it was great! If you aren’t familiar with the site, you have to check it out! There are so many amazing date night ideas for us local to Orlando, but if you aren’t make sure to visit their national site Date Night Guide. Tons of out of the box date nights for you and your special someone, or that much needed girls night out. 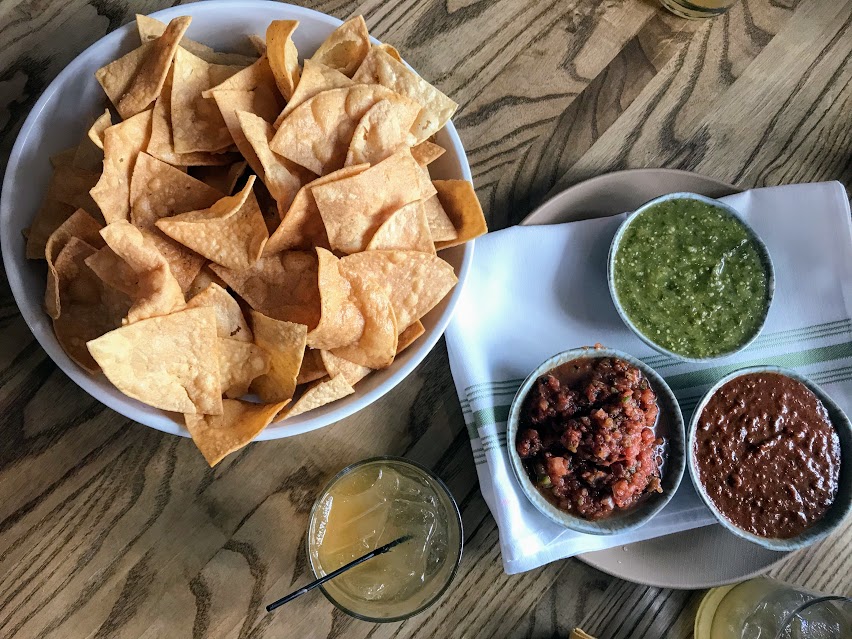 Halloween was a blast this year! It was Dylan’s first year really dressing up, and getting excited about trick n treat (as he called it). He picked out his own costume this year; a T-Rex of course! He has been asking to wear his costume to school for weeks, and on Tuesday, I was finally able to say YES! Watching his face light us with excitement was priceless!

Our night was awesome! Dylan loved seeing most of the costumes (he’s still not a fan of the scary ones), and getting candy at every house. He tried so hard to keep up with  his older cousins yelling “hey wait for me kids” when they got to far. Eventually his legs gave up from his constant steady jog, and he was falling at every house. We ended the night with candy for dinner with cousins. Our best Halloween yet! 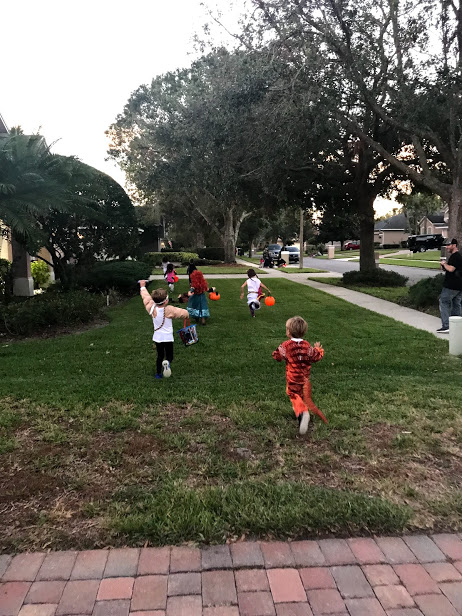 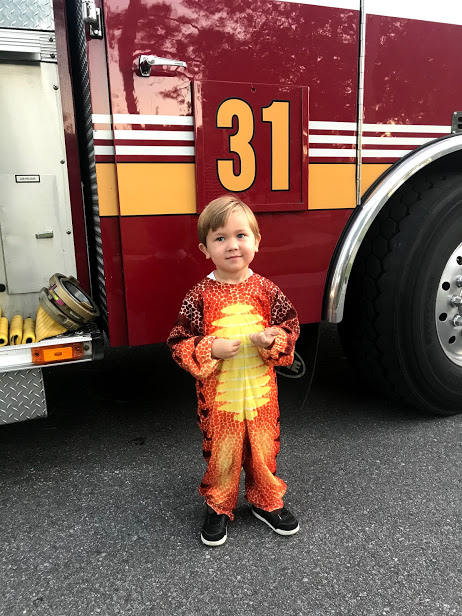 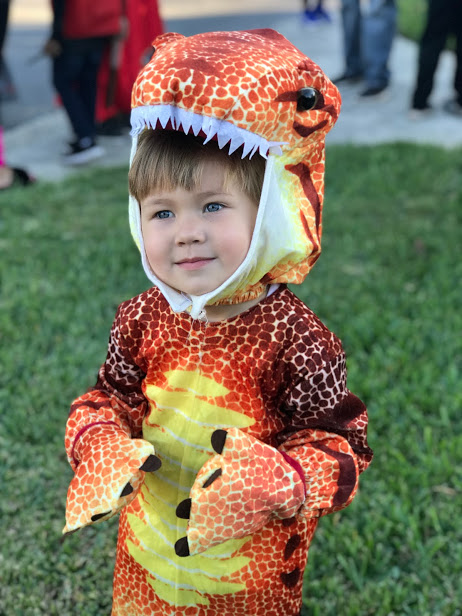 What fun things did you do for Halloween?

What festive plans do you have for November?