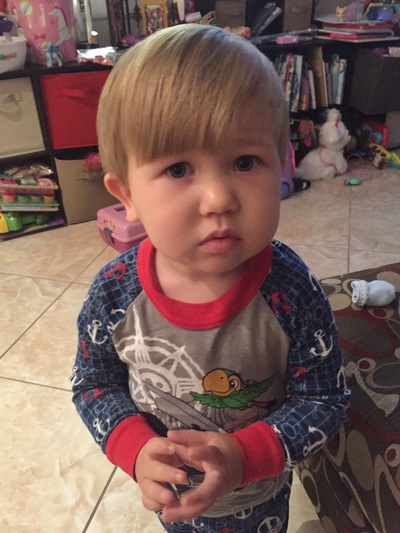 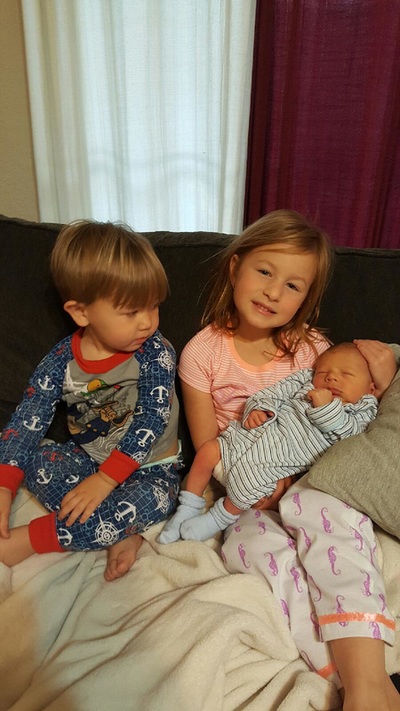 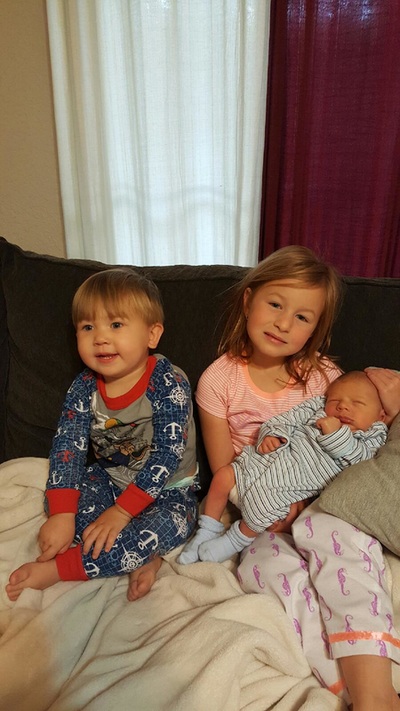 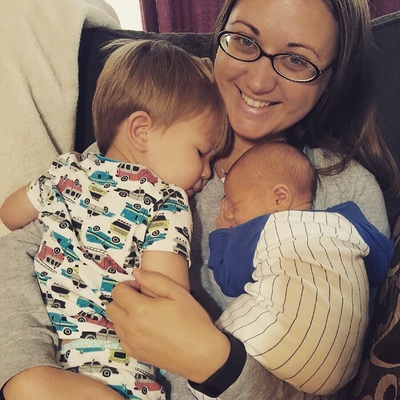 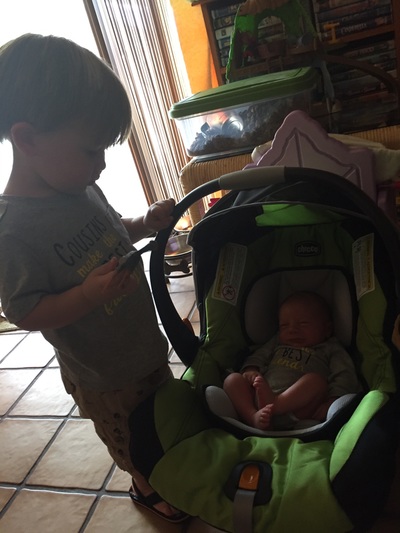 We have two new babies in our family, and another that should be here by the end of May. Dylan is an only child, and until now, has been the baby in our immediate and extended family. Well this is quickly changing for Dylan, and I don’t think he is loving it. We went for a trip to South Florida this weekend to meet the newest addition David Christopher (or as his big sister Molly has named him, baby Boomer). I knew going into it that Dylan was going to be jealous, but I was curious to see if the baby would eventually grow on him (spoiler alert – he did!).
We went through a lot of emotions in the first day we spent together. At first we had the “My mommy” and “No baby” sobs. He gave me more hugs, kisses, and snuggles than I have gotten all year. Jealousy was in the air, which is completely understandable, someone new is coming into his territory. When I would hold the baby Dylan would put his arms up for me to hold him, or crawl into my lap and share the space. He was mostly ok with sharing the space, until baby Boomer moved and accidentally touched him – que the drama.
Watching Dylan when he didn’t know we were watching was the best. This is the time when he really got to see what this baby was. Figuring it out for himself he would peek into the bassinet, gently touch him with one finger, and I’m pretty sure I even caught him telling him a story in his own language.
I found that giving Dylan and Molly extra attention really helped the situation. Bringing a baby into a family is a great thing, but for the other kids, their world is being turned upside down. This is a totally new concept for them, whether it is a new cousin, friend, brother or sister. The adapting process takes some time and understanding with all involved.
By the time we were getting ready to leave Dylan was rocking the bassinet, gently touching (ok, maybe poking, but it was gentle) baby Boomer, asking him if he was “ok?” and “what happened?” when he would cry. These are the little moments that I live for. To watch in amazement as my little toddler learns to care for someone else. To want to make sure that he is ok (as long as he doesn’t touch him). Dylan even gave the baby a sweet kiss on the head goodbye. What a way to melt my heart. There is nothing sweeter then a toddler sharing what is most important to them and letting them into their world.
With Dylan being such a rough and tough toddler it makes me nervous when we are around new objects or new people, especially babies. This weekend definitely taught me, as a mom, to give him a few more inches of freedom. Watching Dylan grow into the sweet toddler boy that he is has brought my heart so much joy. It makes the tantrums and messes so insignificant. I know that Dylan no longer being the baby in our extended family is going to take some adjusting, but I am so excited to keep observing all that he has to give and teach the younger ones to come.
How have your kids reacted to new additions in the family?
What did you do to prepare them?

Our Staycation at Gaylord Palms Resort